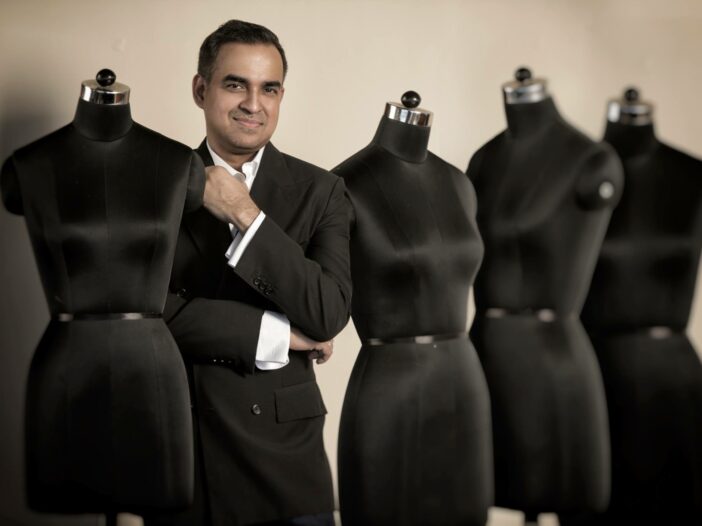 The state of Odisha has always remained an obscure identity across the national landscape, despite its significant contribution to the country over the past several decades. Unknown to many people outside the state, quite a few Odias have immensely contributed to national growth and been wonderful ambassadors of the country on many occasions.

The following is a list of such personalities who are successful in their respective field of specializations and more importantly, celebrate their roots.

Disclaimer: The information contained below has been curated mostly from Wikipedia and other resources, and therefore, is limited to the authenticity of the primary sources. This article enlists personalities who have been acknowledged on  national platforms, and by no means, is a definitive source. If you believe some personalities should be included in this list, feel free to let us know in the comment box below this post.

Mira Nair: The Indian filmmaker and actress based in New York, Mira Nair was born on October 25, 1957 in Rourkela, Odisha, and grew up with her two older two brothers and parents in Bhubaneshwar, Odisha.

Nandita Das: The Indian film actress and director Nandita Das was born to noted Indian Oriya painter, Jatin Das and a Gujarati Jain mother, Varsha who is a writer.She was born in Mumbai and brought up in Delhi.

Sona Mohapatra: Sona Mohapatra is an Indian singer, music composer and lyricist born in Cuttack, Odisha. Sona is BTech engineering graduate from the College of Engineering and Technology, Bhubaneswar in Instrumentation & Electronics Engineering.

Krishna Beura: Krishna Beura is mostly known for his hit song “Maula Mere” from the film Chak De India, “Rabba” (Musafir) and “Soniyo from the Heart” (Raaz-2). He can sing in 22 languages including his mother tongue Oriya. Krishna Beura is originally from Kusupangi, Banki, Cuttack, presently residing in Mumbai.

Sulagna Panigrahi: Born in Berhampur, Odisha, Sulagna Panigrahi is a popular television and film actress. She has actored in popular Bollywood movies including Murder 2, Ishq Wala Love and Guru Daskhina. She is also popular for her roles in TV serials including Amer Dhara (Sony), Bidai (Star Plus) and Do Saheliyaan (Zee TV).

Pratichee Mohapatra: Selected among thousands from India’s first ever reality music show-Channel V Popstars, Pratichee “wowed” the jury members and the country with her voice and personality. Her Musical journey which started with the band- VIVA still continues in full throttle as a solo artiste as she tours around the world and country spreading her love for Music and entertaining her audience with her power packed performance and unique voice.

Sniti Mishra: A trained vocalist in Hindusthani classical music who appeared for the first time in the Zee TV musical reality show, Sa Re Ga Ma Pa Singing Superstar, Sniti Mishra is born and raised in Balangir, a district in the western part of Odisha.

Rajasmita Kar: Born and raised in Rourkela, Rajasmita Kar has won the title of Dance India Dance, a dance reality television show telecasted on Zee TV.  In the grand finale Kar (Geeta Ki Gang) stood number one with 48,89,030 votes and became the winner.

Mandakini Jena: Dancer and choreographer Mandakini Jena, who was one of the top 20 performances in reality show Dance India Dance (DID) season one, is now successfully running her own dance academy M-Zone. Mandakini’s talent has taken her places. Now, a regular member of Terrence Lewis’s dance troupe, she had the opportunity to display her talent at several events in New York, Bangkok and Dubai.

Padmini and Debasish: Padmini and Debashish are the dance couple who have participated in India’s Dancing Superstar, a realty show in Star Plus. Their performances, agility and exhilarating fusion of different dance styles wowed the judges and the audiences alike. (Source)

Rituraj Mohanty: Born and brought up in Nimapara, Puri, Rituraj Mohanty is the winner of India’s Raw Star, a singing competition show in Star Plus. He learnt Hindustani classical music at Utkal Sangeet Mahavidyalaya, Bhubaneswar. And in the course of time he left for Mumbai to try his luck in Bollywood music industry. He also got some break in the same, but it was mostly the show that brought this blessed singer and his mellifluous Sufiana renditions to the lime light.

Harihar Dash: Berhampur based, Harihar Dash who has won the second season of India’s Got Talent, a reality show telecasted in Colors, is a master of many dance styles apart from Locking and Popping. He has also acted in Airtel ad. Recently, he has released a dance video shot at Grand Canyon.

Debasis Mohanty: Debashish Mohanty is a former Indian cricketer who played in two Tests and 45 One Day Internationals from 1997 to 2001. He was a right-arm medium-fast bowler who coupled pace to his naturally lanky frame. He found success in the limited overs format, averaging under 30 and taking over one wicket per game. There was a period when Mohanty formed a strong new ball partnership with Venkatesh Prasad. Beginning at 1999 Cricket World Cup, he was the second highest Indian wicket taker despite playing four games fewer than the leading Indian wicket taker – Javagal Srinath. Mohanty played 17 ODIs and picked up 29 wickets at an average in the early 20s and climbed into the top 20 of the ICC ODI World Rankings. However, with the return of Ajit Agarkar, his opportunities dwindled and he played only another seven games. Mohanty, along with Harvinder Singh was instrumental in winning one of the Sahara Cup series against Pakistan in Toronto in the 1990s.

Pragyan Ojha: Born in Bhubaneswar, Pragyan Ojha is an Indian cricketer who represents the national cricket team as a slow left arm orthodox bowler. He also plays for Bengal cricket team in domestic cricket and Mumbai Indians in the Indian Premier League. His earliest pursuit in cricket was at the age of 10, when he went to Sahid Sporting Club for a summer camp in Bhubaneswar under Sasang S Das, while studying at D.A.V Public School in Chandrasekharpur. Three years later, he moved to Bhavan’s Sri RamaKrishna Vidyalaya (BSRKV) in Sainikpuri and carried on his cricket coaching under the guidance of T Vijay Paul.

Dilip Tirkey: Hailing from Sundargarh, Odisha, Dilip Tirkey is a former Indian hockey player and his playing position was of full back. He was best known for his penalty corner hit. Dilip was one of the most difficult defenders (because of his tight marking skill near goal post) to beat in the world. He was an ex-captain of Indian hockey team.

Dutee Chand: Born in Jajpur, Odisha, Dutee Chand is an Indian professional sprinter. She is being supported by Anglian Medal Hunt Company, a foundation that supports Indian athletes. She is the current national champion in women’s 100 metres event.

Anuradha Biswal: Anuradha Biswal is an Indian track and field athlete from Odisha who specializes in 100 metre hurdles. She holds the current national record of 13.38 seconds for 100 m hurdles. Anuradha set this record on 26 August 2002, during the DDA-Raja Bhalendra Singh National Circuit meet held at the Nehru Stadium in Delhi.

Padmini Rout: Born in Barambagarh, Odisha, Padmini Rout is an Indian chess player who holds the titles of International Master and Woman Grandmaster. She won the World Under-14 Girls’ Championship in 2008 and the Indian Women’s Championship in 2014. She has also won five Asian and four national titles.

Bibhu Mahapatra: Rourkela born, Bibhu Mohapatra is an Indian-American fashion designer and costume designer. He has earned a Masters in economics from the Jon M. Huntsman School of Business at Utah State University in 1996, then moved to New York City to enrol in the Fashion Institute of Technology. Mohapatra has designed a collection of hand woven silks to help the traditional weavers of Orissa.

Sujit Meher: Sujit Meher is an Indian fashion designer, young entrepreneur and an author based in Bangalore and an alumnus of National Institute of Fashion Technology, Bangalore. He was born in Kalahandi and he was studying to graduate in Engineering, when he decided to change his career path. Later on, he was appointed as a designer at EROS International. Meher has been actively involved in the promotion of khadi products under the direction of the Odisha Khadi and Village Industry Board. He has also authored a novel based on his life, “Dreams Beyond Grades”.

Sandip Das: Born in Cuttack, Odisha, Sandip Das holds a First Class Mechanical Engineering degree from the Regional Engineering College, Rourkela (now National Institute of Technology Rourkela) in India and a Masters of Business Administration (MBA) from the Faculty of Management Studies, University of Delhi.  He is the Managing Director of Reliance Jio Infocomm.

Subroto Bagchi: Born in Patnagarh, Odisha, Subroto Bagchi is the co-founder of Mindtree and a business author.  In recognition of his contribution as a Business Leader and Author, the Utkal University conferred the degree of Doctor of Literature, Honoris Causa to Subroto Bagchi, under the faculty of Business Studies and Management in the 46th Convocation, 2015.

Sitakanta Ray: Born in Cuttack, Odisha, Sitakanta Ray is the co-founder of MySmartPrice, the popular price comparison platform in India.  After studying engineering from NIT Rourkela from 1998, he went on to join Oracle and then years later, went to IIM Bangalore to pursue MBA. (source)

Ritesh Agarwal: Born in Bissam Cuttack, Odisha, Ritesh Agarwal  is the founder and CEO of OYO Rooms. He started his entrepreneurial journey at the age of 17 and is considered to be one of the youngest CEOs in India. He is the first resident Indian to win the Thiel Fellowship. More recently, he was named by Forbes in its “30 Under 30” list in the consumer tech sector.

Late Ranganath Misra: Late Ranganath Mishra was born in Banpur, Odisha to the eminent Odiya poet and politician Late Sri Godavaris Mishra. He was the 21st Chief justice of India and the first chairman of the National Human Rights Commission. He was also a member of Rajyasabha from 1984 to 2004.

Jatin Das: Born in Mayurbhanj, Odisha, Jatin Das is an an Indian painter and sculptor who has held over 68 one-man exhibitions in India and abroad and has participated in numerous national and international shows and artist camps. His works have been auctioned by major international auctioneers like Sotheby’s, Christie’s and Osian’s. He is the settler and founder chairman of the JD Centre of Art in Odisha. He has been conferred Padma Bhushan by Govt of India, among many of his notable acknowledgements.

Sudarshan Patnaik: Born in Puri, Odisha, Sudarshan Patnaik is a world-renowned Indian sand artist from Odisha. He was awarded the Padma Shri by Government of India in 2014.

Ramakanta Panda: Born in Damodarpur village of Jajpur district, Odisha and studied at SCB Medical College, Ramakanta Panda is the Chief Consultant for Cardiovascular Thoracic Surgery and the Vice Chairman and Managing Director of the Asian Heart Institute, a speciality cardiac care hospital under the aegis of Asian Hospitals, at the Bandra-Kurla Complex in Mumbai, India. He set up the Asian Heart Institute in 2002.

Lalit Mansingh: Son of Odia poet Mayadhar Mansingh, Lalit Mansingh is the former Indian diplomat, the Foreign Secretary of India, 1999–2000, and Indian Ambassador to the United States on March 15, 2001. Prior to this, he had remained Indian High Commissioner to the United Kingdom.

Lalita Prasida Sripada Srisai: Lalita Prasida Sripada Srisai, a student of DPS, Damanjodi in Koraput, Odisha is the winner of  the ‘Community Impact Award’ at the prestigious Google Science Fair 2015 in California, hosted by Google in partnership with the Scientific American that sponsored the Community Impact award, LEGO Education, National Geographic and Virgin Galactic. She has won the award in 13-15 years age group. 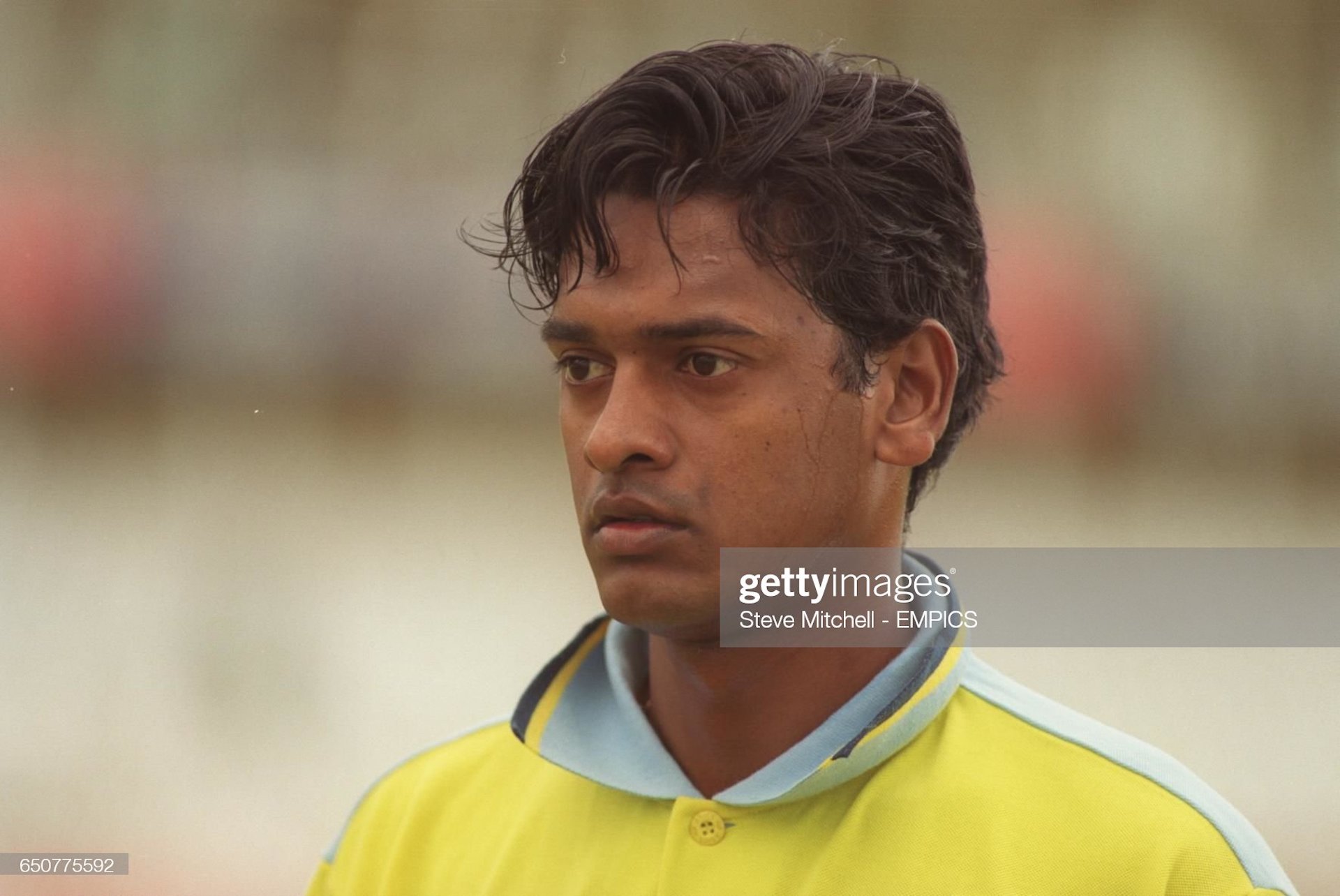 People
Tales of Odia Women in the National Freedom Struggle 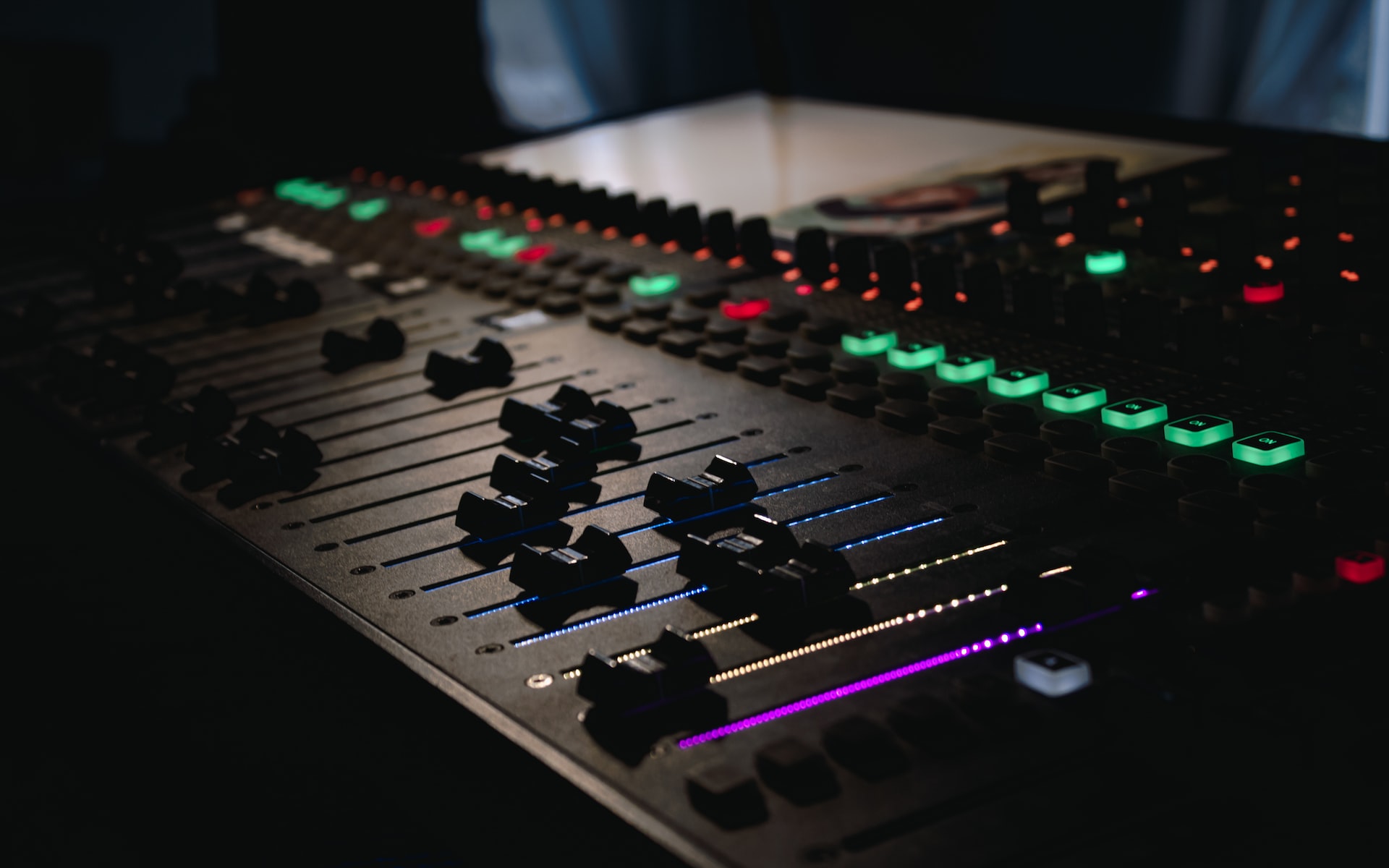 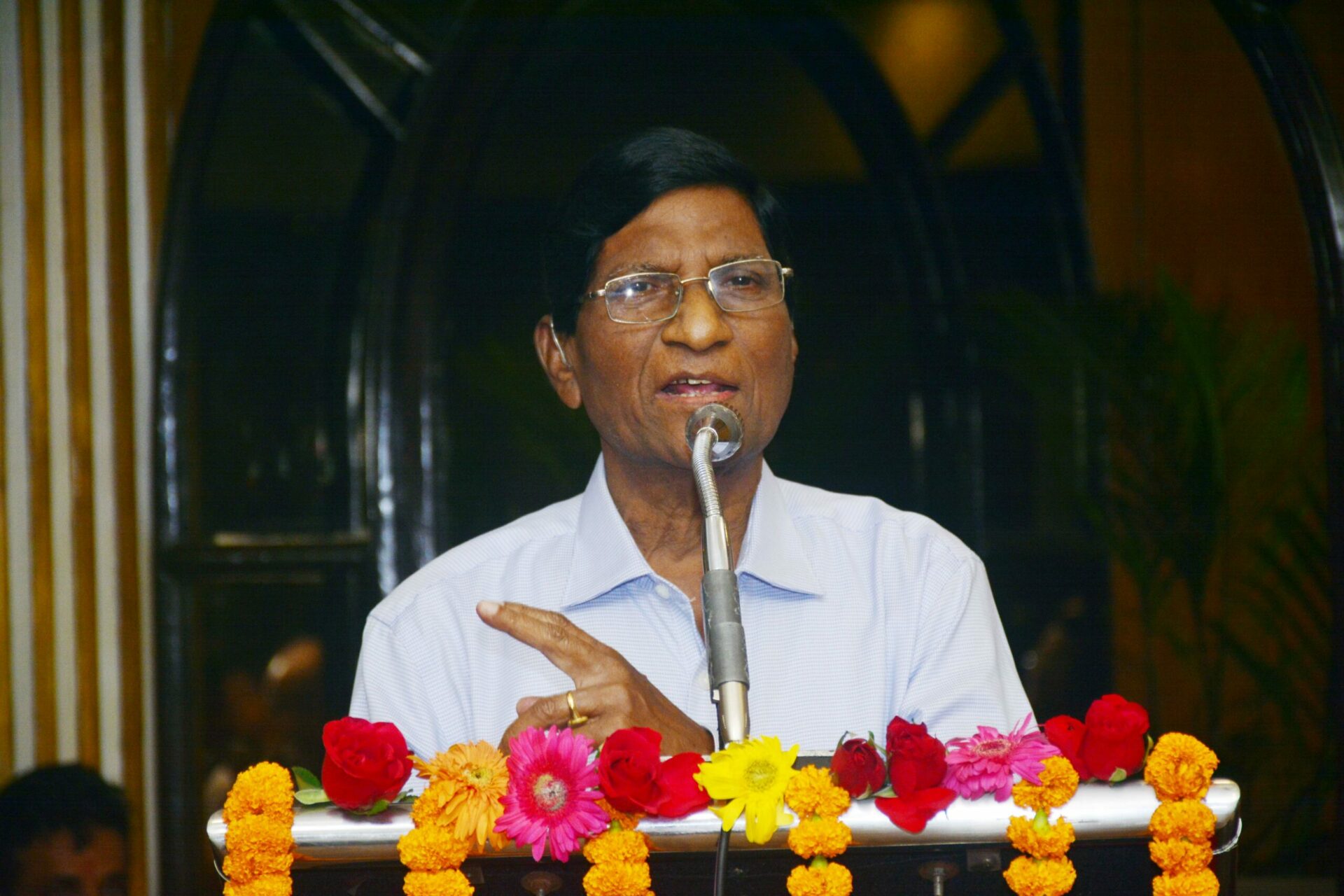 People
John Nayak: An Inspiring Journey of the Former DGP of Odisha