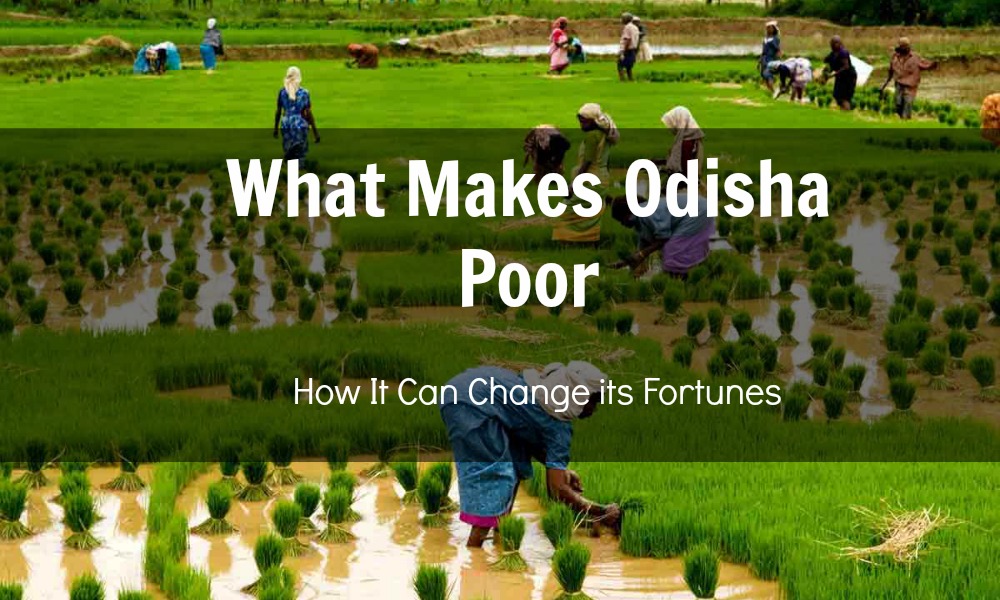 The slogan of ‘Make in Odisha’ is being raised, Bhubaneswar is going to be a smart city. But first the state must explore ways of raising its farm productivity.

Odisha is one of the rare states that has enjoyed a long period of political stability and continuity in economic policies since March 2000, when Naveen Patnaik took over as chief minister for the first time.

Given all this, Odisha should have been one of the richer states of India. But Odisha’s per capita income is the fifth lowest in the country and poverty the sixth highest amongst various states of India.

1/3rd of Odisha’s Popular is Poor

To put things in perspective, let’s compare this to that some of the other states in India.

Note: The figures are from 2011-2012, as per the erstwhile Planning Commission estimates based on the Tendulkar poverty line.

In its quest to industrialize fast, Odisha is hosting a mega event, “Make in Odisha Conclave”, at the end of this month.

Bhubaneswar, the state’s capital, tops the list of 20 smart cities to be developed under the Union government’s 100 smart cities program.

These are laudable initiatives.

What is the best and fastest way to eliminate poverty?

A research at ICRIER by The Indian Express reveals that higher productivity and income in agriculture may still hold the key for faster poverty alleviation.

This is particularly so since 91% of poverty in Odisha is rural, and more than 60% of its workforce is engaged in agriculture.

Odisha’s productivity with respect to its main crop, rice, is less than two mt/ha (metric tonnes per hectare).

So, how can one turn around Odisha’s agriculture and alleviate rural poverty faster? Here are some suggestions to fix rural poverty in Odisha.

First, the state should gain better control over water resources, especially those pertaining to irrigation.

About 39 per cent of Odisha’s gross cropped area is irrigated (compared to the all India average of 48 per cent, and above 95 per cent in the Punjab-Haryana belt).

Odisha has a large (70 per cent) untapped groundwater potential and about 50 per cent untapped potential from major and medium irrigation schemes.

While this is holding back the state’s agri-growth, some strategic interventions can turn things around.

Luckily, much of Odisha’s groundwater reserves are at a depth of just two to five meters (see map below), which can be tapped economically if adequate power supply is provided to the agriculture sector.

Unfortunately, Odisha provides only 1.3 per cent of its total power supply to agriculture, which means agriculture gets less than 20kwh/ha.

This reflects gross neglect of agriculture.

Such a situation typically arises when supplying power to agriculture through grid increases the losses of discoms as power tariffs for agriculture are generally zero or power is provided to agriculture at highly subsidised rates.

Diesel is too expensive for farmers.

The solution could lie in large scale installation of solar irrigation pumps, which can supply power at Rs 4.5 to Rs 6 /kwh.

Odisha receives solar radiation of around 5.5 kwh/sq mtr and 300 days of sunny days.

Odisha Must Focus on Paved Roads

As per Odisha’s Economic Survey (2014-15), surfaced roads as a percentage of total road length in Odisha remained in the range of 20-30 per cent, compared to almost 90 per cent in Gujarat, Punjab and Haryana.

In fact, almost 46 per cent of villages in Odisha do not have all weather road connectivity. This prevents farmers from getting the best price for their produce and inputs.

Thirdly, the state should incentivize diversification of agriculture towards high value products such as livestock and fruits and vegetables.

It should promote well- coordinated value chains for such products — the AMUL model in milk production and the Venkateswera/Suguna hatcheries model in poultry are good examples.

Incidentally, the research also shows that in Punjab, during the Green Revolution’s heydays (1970-1985), irrigation, roads and procurement system played a pivotal role in propelling agri-growth and reducing poverty.

Odisha will be better off if it keeps these lessons in mind.

In fact, it can lead a second Green Revolution — this time from the east. 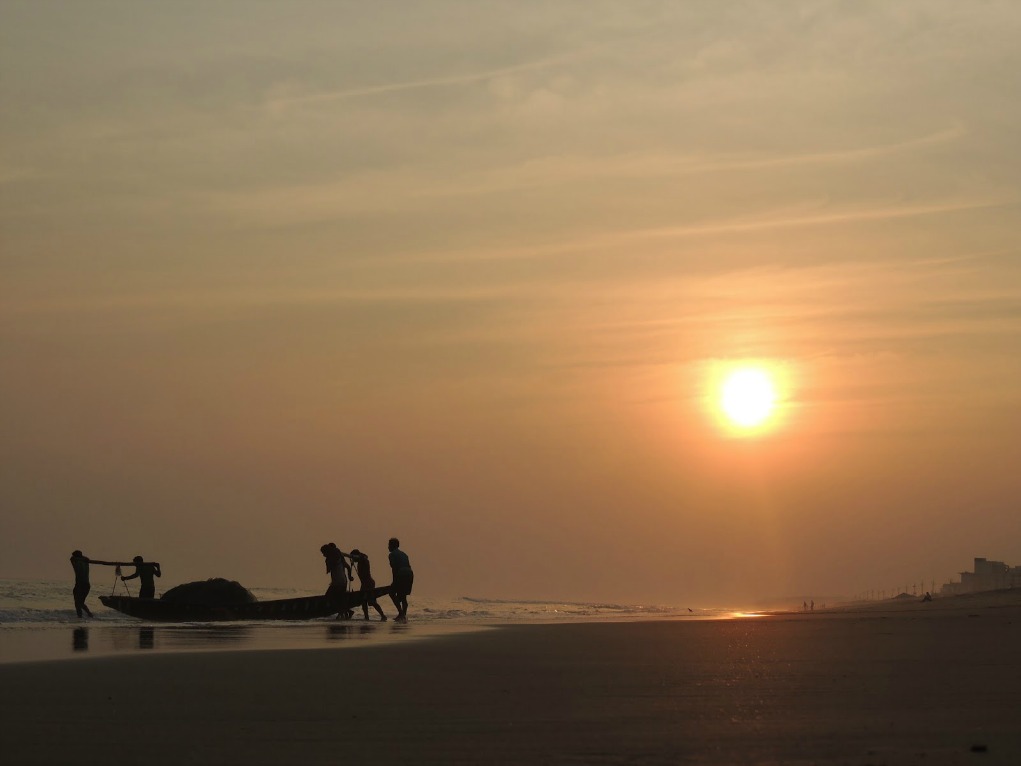 Guest Posts
Amidst the Blue Waters of Odisha 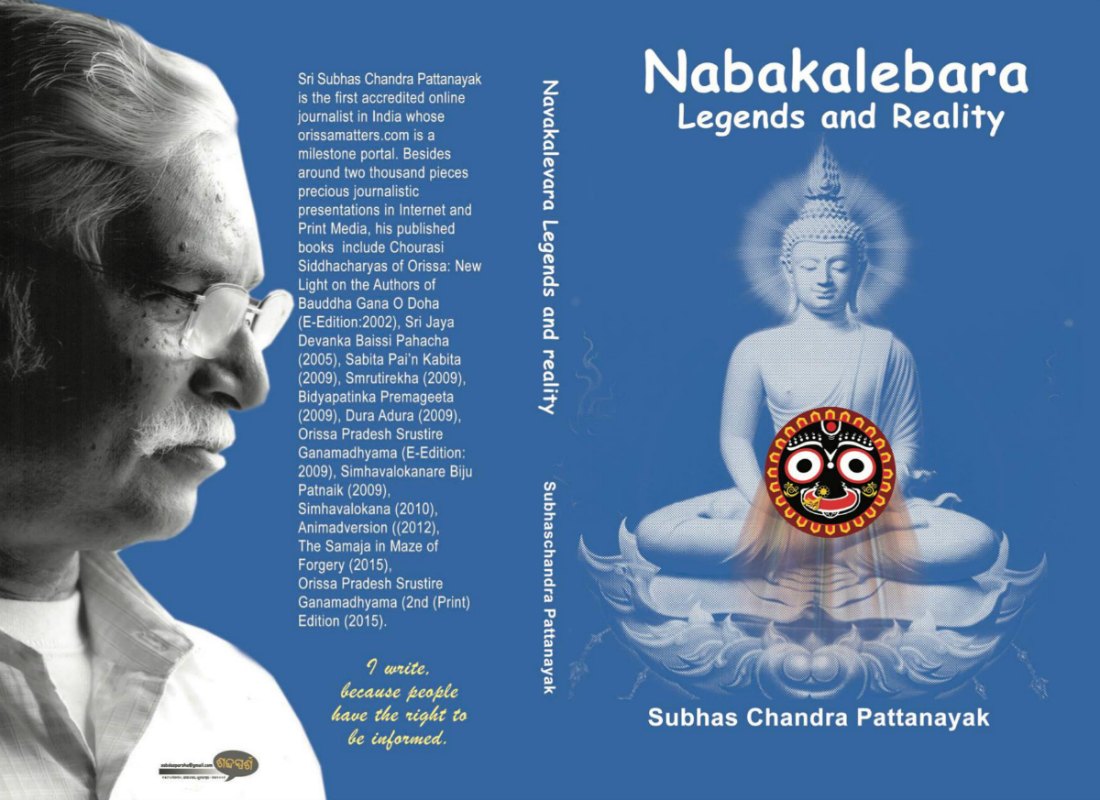 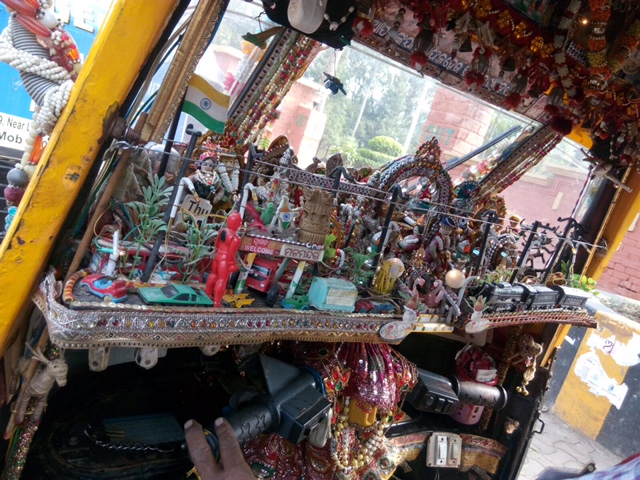 Guest Posts
The Three Wheeled Gallery On The Roads of Bhubaneswar 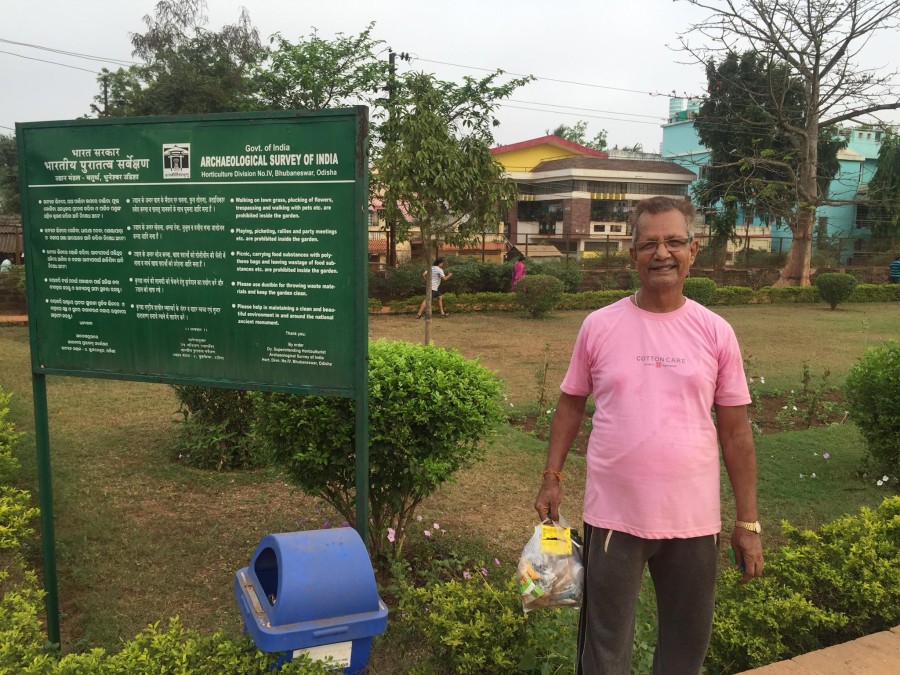