If autumn comes, can festivities be far behind? It is that time of the year again when people make a beeline for shopping centres, when the young and the not-so-young plan which food joint to visit, when tradition takes precedence, when the lotus blooms in every Odia home and when Durga comes home. This is the time to celebrate and enjoy. But before Durga Puja came to be celebrated on a large scale, it was mainly confined to the temples.

It was not before the 18th-19th century that Odisha started celebrating Durga Puja. It was influenced by Bengal after the entire country came under the British rule. But despite the influence, Odias celebrated it in their own way.

“According to the ‘Utkal Dipika’ the Durga Puja in Cuttack was used for the articulation of the Odia identity in the first two decades of the 20th century during colonial rule,” said Kailash Chandra Dash, a former reader in history.

“Originally Durga worship was carried out in temples and we have no historically documented evidence of the mass worship in the early years. Most likely this mass worship came into prominence in the last phase of the 16th-17th century as we find texts on this Shakta cult in ‘Durgotsaba Chandrika‘. There is no clear cut evidence of this worship by the common man in the early phase,” Dash added.

One aspect which perhaps helped keep the Odia identity intact is the strong influence of Jagannath on Durga puja celebrations.

“All festivals in Odisha have Jagannath at their core,” said researcher Surya Narayan Rath Sharma.

This viewpoint was corroborated by Dash. “Shakta worship was well-known in the Jagannath temple in early medieval phase before the cult of Jagannath was planted there. It was then associated with tantric aspects as we find the worship of Bimala, Kalika and some other Shakta deities in this region. There is no specific date when the cult was in vogue in Puri,” Dash said.

“The Jagannath cult combines the worship of Shiva, Durga and Vishnu. The cult of Jagannath represented a cosmopolitan worship and Sakta worship was a central part of it as we find Devi-
Subhadra in the middle of the Jagannath Trinity,” he added.

“The Jagannath Temple organizes a Sarat Kalina Gundicha Utsav. During this time a 16-day puja takes place at Vimala Temple. From the second day of Navratri, Durga and Madhaba (Kuni Jagannath) go to Narayani temple at Dola Mandap Sahi, Puri, and are worshipped till Dussehra. Madhaba does not accompany Jagannath during the annual Rath Yatra,” said Rath Sharma.

“The kings used religion as a force to unite the people of Odisha and also worshipped the goddess for the good of the people,” he added.

But there is no dated evidence when Durga puja started on a large scale.

Courtesy: The Times of India 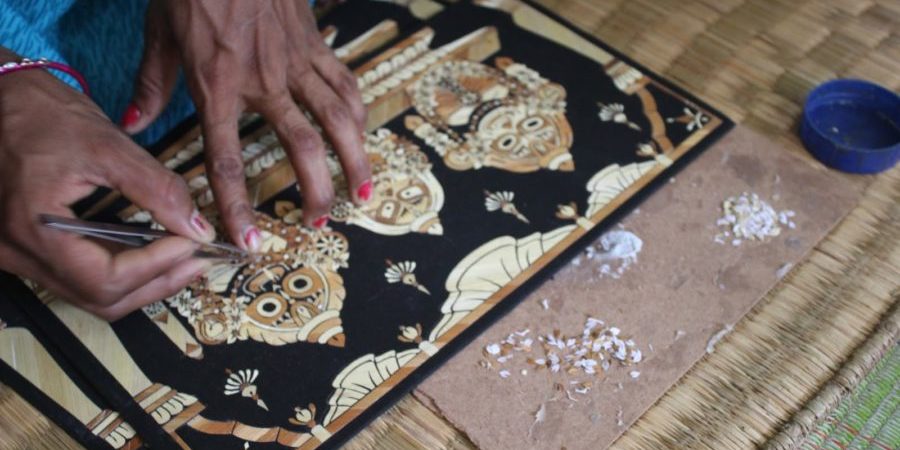