The annual flagship event of XIMB, XPRESSIONS 2016 was launched on the 10th of November 2016 bringing about lot of enthusiasm and energy among the students of XIMB and students pan-India participating in the various events organized therein. Xpressions has always been a mix of events ranging from business events that tests the business acumen of students to the cultural events that encourages students to explore their interest and passion. Among these events, there are a few which act as the stepping stones of success for every aspiring MBA graduate. Those are the business events organized by the various functional committees of XIMB namely Case In Point, Parikrama, Case Connect ,Maven , Mpower, Trade Wars, and Nirnay, the campus rounds of which are conducted at XIMB during Xpressions.

Case in Point – CIP, the flagship competitive event organized by the HR Association of XIMB, XIMAHR was organized on the 11th of November 2016. They had a total of 6 teams through to the campus rounds from a registration of around 65 teams across the country. The preliminary round required the participants to send a PPT of their solutions for a HR centric case on Alibaba and its introduction to Indian Market. The top 6 teams presented their solutions to the esteemed panel of judges comprising of faculties of HR Domain. The final round of the campus round had a live simulation based situation thrown at the top 3 teams to judge their mental ability, legal and HR knowedge and presence of mind. The winner was from XIMB, J Lekshmi Surendran, who even won the Best Manager title and the runners up were the team comprising of Swagata Mishra and S Divya from XIMB.

X-SYS, the Systems Association of XIMB, hosts two kinds of such events. The first being Parikrama, a two day national level online treasure hunt held on 11th and 12th November, 2016 which acts as a mixture of a test to judge the participant’s quizzing skills combined with their analytical acumen to figure out the underlying thing and connect the dots to find the answer. The winners title was clinched by Sanket Barmma from XIMB followed by Saurav Sureka from XIMB as the runner up. The second was a National Level Case study based competition, Case Connect, designed to test the skills of the participant in the fields of management education, allowing them to design innovative solutions based on factors like cost, time, feasibility etc. This year their title sponsor Airtel provided the 31 registered teams with a real life case scenario of the telecom industry from which top 6 teams reached the campus rounds held on 12th November,2016. Team The Page No 404, comprising of Pritish Pradhan, Somya Ranjan Nayak and Sekhar Suman Mohanty were the winners with Team Necromancers comprising of Gaurav Bachawat, Rohan Rustagi and Swaroop Varghese Kuruvill were the runners up, from XIMB

Organised by the Consulting and strategy Consortium of XIMB, CONSTRAT, Maven had a registration of around 120 teams testing the best brains of B-schools in their ability to deliver practical and innovative solutions in the area of business development and strategy. The preliminary round consisted of an online quiz competition on general management and business consulting followed by a case study competition for top 20 teams which brought in front the thought process of the team while dealing through a virtual case depicting realistic situations, which this year was related to crisis management of Domino’s. Top 6 went for the finals of the campus rounds, Kshitij and Deepayan from XIMB were the winners with Prerna and Saumya from IIM-L as first runners up and Sourav and Raunaq from XIMB as second runners up team.

MAXIM, the Marketing Association of XIMB organize Mpower on the second day of Xpressions ’16 which had a participation of around 320 teams across India during its preliminary quiz from which top 50 teams were asked to submit a presentation based on a live case study provided by their sponsors, Date the ramp. Top 6 teams qualified for the final campus rounds where they had to present in front of the esteemed judges. The first position was bagged by the team from IIM Shillong comprising of Raghav Dhanuja and Arnav Khanna. The second team was of Kshitij Sahoo and Deepayan Pattnaik, Sparrow’s crew from XIMB.

X-FIN, installed a virtual share market at XIMB during Xpressions through Tradewars, a comprehensive online trading simulation that provides an opportunity to trade in various equities across major Indian stock markets on real time quotes. Through its two rounds, with a participation of around 100 colleges all over India, the team from XIMB comprising of Akshay Tripathi and Sourab Dalmia emerged as the winners and Subhajita Mallick and Nripesh sen were the runners up.

NIRNAY, the operation simulation game by Operations Society of XIMB, X-OPS had its campus rounds on 12th of November. From various teams across India, after two rounds of online quizzes and business simulation cases on e-commerce industries, helping contestants get out of their comforts and thus strategizing their business towards their goal by handling the ever changing environment of the market.

In addition to the above mentioned events, X-Quizzite, the quizzing association of XIMB and Speak up, the oratory club of XIMB every year conducts Inquizzite – annual open general quiz gathering huge participations from avid quizzers across the country and the Model United Nations XIMB-MUN seeking to simulate the proceedings of United Nations through role-playing delegates respectively. The two specific councils that were taken up during this second edition of XIMB-MUN at Xpressions ’16 were “United Nations commission for status of women” and “The Lord Mountbatten Plan- its implications and reasonings”. The quiz competition was won by Pradyoth C John from Infosys and Prasanth John Abraham from Nestle followed by Jyothi Prakash Panda from Career Launcher and Saransh Mahapatra from Infosys and as the 1st and Ashwin Menon and Sampad Mishra from SAIL as the 2nd runners up.

In all, Xpressions 2016, this year had many reputed B-schools partcipating in the ever enriching business events thus giving them a chance to know the virtual world to be faced through an experience which is unforgettable in its own.

1/3 of Rural Schools in Odisha Don’t have a Functional Toilet: Survey 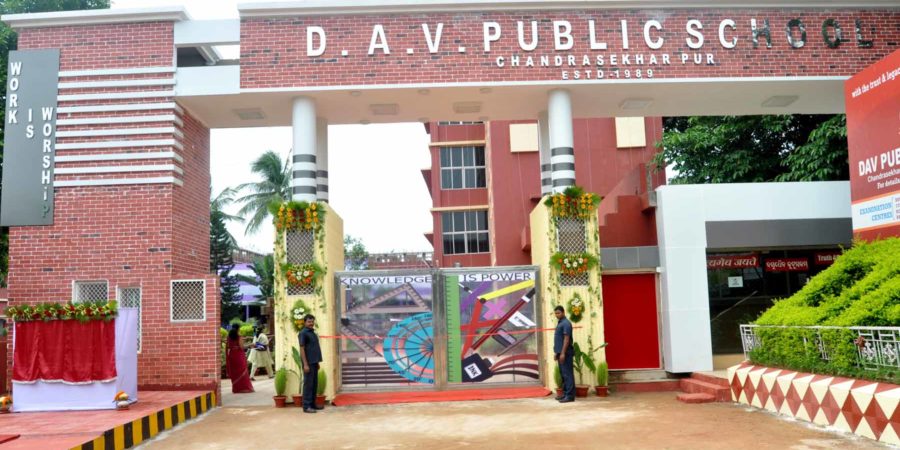 The Curious Case of Schooling in Bhubaneswar